At the time when science and technology changed the face of the world with great leaps, it is necessary to emphasize the re-emergence of irrational phenomena such as dream and vision and to influence Western art. This study examines what dreams and vision are, how they are understood and appreciated throughout the ages, and how these phenomena are used in literature by analyzing typical works.

Sanayileşme-Edebiyat İlişkileri Açısından Alman Naturalizmi
Prof. Dr. Acar Sevim
While industrialization affects all aspects of societies, it is unthinkable that cultural life has not been influenced without it. While the economic situation and social structure in Europe in the 19th century confronted the devolved people with brand new problems, the literature also provided new possibilities and opportunities. It is no longer possible for writers to write works in the old traditional style, and they realize that they need to process the new truth they have fallen into in new ways. People who came to seek jobs in the centers of the industry and who had to comply with the hard working and living conditions, who often failed to do so and worked for the abdomen with great misery, were the type of enthusiastic young generation writers who regarded as naturalists. Until then, the people from the bottom layer, who had no place in literature, were now the heroes of new novels and plays. While the houses they lived in were in their literary works with all the details of the slang language they spoke, most of the circles who found this unacceptable were starting a war against naturalism. Naturalism, which approached the truth in a negative way and preferred to portray the ugliness with great pleasure, believed that it analyzed the society and the human on the basis of scientific evidence, thus revealing the naked truth to the authorities. The purpose of this study is to show how naturalism has developed in Germany and its different characteristics in this country. The most important representatives of the German naturalism, which developed very differently from France, were taken as an act. The aim is to show how industrialization influences literature and what new horizons it opens.

Thomas Bernhard is one of the most important contemporary authors of the German-speaking countries. Reading Bernhard, whose works are difficult to read and understand, has become "fashion". While there are debates about his opinions and the message he wants to give in his works, the number of those who adopt the ideas of this Austrian author and those who find themselves many in it are increasing. The aim of this study is to draw attention to the philosophy of nihilism that Thomas Bernhard, one of the great writers of German literature in the twentieth century, was introduced and represented in our country. In the example of the author whose works have been translated into many languages including Turkish, we wanted to show the way Western people might think about one day.
The Austrian writer, who suppressed numerous theatrical works and novels in short intervals, has not yet been fully evaluated. Cultural historians will give more than the literary historians of the fundamental provision about him. Because we are not only a writer but also an important philosopher. Bernhard is often famous for his scandal, which is often caused by confusing and too hard ideas. The writer expresses the revolt against the world order of the twentieth century man. The modern novels and types in the plays always tell his thoughts. All the opinions expressed in these documents belong to the Austrian author himself. Today's depressed modern man who reads Bernhard will find himself from time to time. 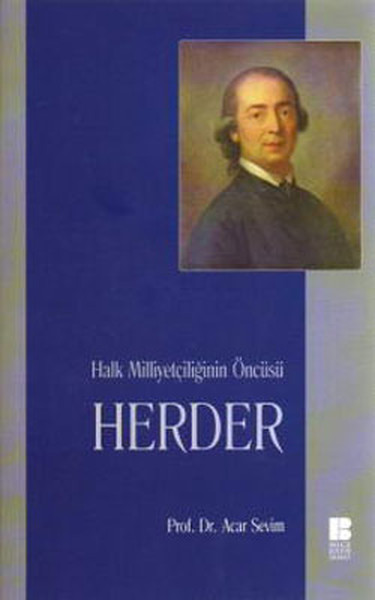 Herder is the first German elephant to devote herself to the national cause. With the power he gained from the idea of gentleness, today's Germanistic (German philology) has been the pioneer of science. Herder's name is in the history of modern nationalism and in the context of the theory of this nationalism, it has a precedent that transcends the borders of Germany. Unlike nationalism in Western Europe, philosophy has a large share in German nationalism. Herder was dealt with seriously by those who did research on nationalism after the First World War. Because of this great war, many national movements in Eastern Europe have succeeded in establishing an independent state under the influence of Herder.
From time to time, we will see that Herder's understanding of nationalism shows great similarities to ours, in which we take a look at the effects of Johann Gottfried Herder's 18th century German thinkers, who are a creative brain in the field of nationalism, on modern nationalism and promote him to Turkish readers. Herder is unfortunately not much known in our country. Among classical German intellectuals, the name is incomprehensible. The German philosopher, however, played an indirect role in Turkish history. Those who read German Philology recognize him as a poet, philosopher, critic, and theologian who has remained in the shadow of Goethe. In the 1770s, the intellectual pioneer of the Cosmunity Flow, the philosopher who transcends the Enlightenment, the teacher and friend of Goethe, and the German Romanticism later became the father of German Romantics. In the history books of philosophy, Herder is treated as history, language and art philosopher. In other words, we are a philosopher who weighs on the branches of science such as philosophy, pedagogy, theology, anthropology, literary criticism, psychology, history and art philosophy.

Yalnız Kurt
Prof. Dr. Acar Sevim
Kleist has earned a reputation well deserved in the history of German literature. He and his works were not well known during his lifetime. Only a few contemporaries were able to realize his or her power and originality. Until the end of the nineteenth century, it was recognized only among the Germans who understood the literature, and at that time it had no significant influence on the cultural life of the country. He saw it interesting that Kleist was worthy after his death. Now Kleist is among the most important poets who lived in the Classical and Romantic eras.
The poet is the most Prussian among the German authors and the most German among the Prussians. He is Germany's greatest national poet, according to Gora Iwanowa. Kleist has not been introduced much in the German philology until now.However, Kleist is a great German nationalist and we believe that every literary work he writes is related to worldview. In this book, we have discussed his dramas, stories, poems, letters and articles in terms of his contribution to nationalism.
This page updated by German Language and Literature on 12.06.2019 15:28:51